(2) Books that Wowed Me and a few New Books 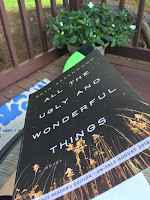 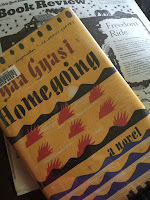 Just finished (2) amazing books that I highly recommend. I hope to work on reviews this week but, for now here is a bit of info from the overview of the Amazon website.

Homegoing; Yaa Gyasi - (Knopf)  2016
(Overview) The unforgettable New York Times best seller begins with the story of two half-sisters, separated by forces beyond their control: one sold into slavery, the other married to a British slaver. Written with tremendous sweep and power, Homegoing traces the generations of family who follow, as their destinies lead them through two continents and three hundred years of history, each life indelibly drawn, as the legacy of slavery is fully revealed in light of the present day.

(Overview) A beautiful and provocative love story between two unlikely people and the hard-won relationship that elevates them above the Midwestern meth lab backdrop of their lives.
As the daughter of a drug dealer, Wavy knows not to trust people, not even her own parents. It's safer to keep her mouth shut and stay out of sight. Struggling to raise her little brother, Donal, eight-year-old Wavy is the only responsible adult around. Obsessed with the constellations, she finds peace in the starry night sky above the fields behind her house, until one night her star gazing causes an accident. After witnessing his motorcycle wreck, she forms an unusual friendship with one of her father's thugs, Kellen, a tattooed ex-con with a heart of gold. 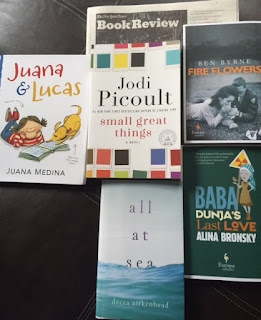 Posted by (Diane) Bibliophile By the Sea at 7:04 PM