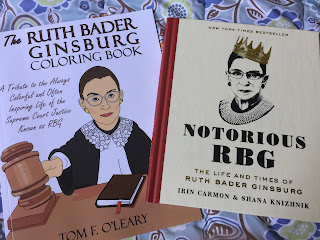 Consider me a new RBG groupie and, if I were the type to get a tattoo, it would be one of Ruth Bader Ginsburg. My appreciation for this woman was never fully realized until first listening to this book and then rushing out to buy the hardcover which has lots of photos and illustrations, a virtual scrapbook of her life.

Notorious RBG chronicles the personal and professional life of RBG, a woman who was appointed Supreme Court judge by President Clinton.  A woman who from an early age saw injustice in this world and wanted to do what she could to fix this.  This book gives you a good feel for who she is and what she stands for. Her personal life and her intense love for Marty Ginsburg (deceased 2010) made me teary-eyed.  This book is a beautiful tribute to a woman who for 50+ years has worked tirelessly to advance women and see ALL people as equal with equal rights.

And, in case you just can't get enough of RBG there is this amazing coloring book by Tom O'Leary that I feel in love with as well. 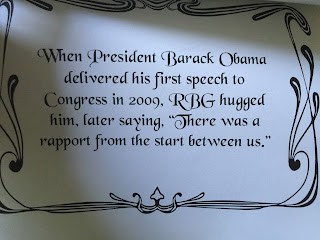 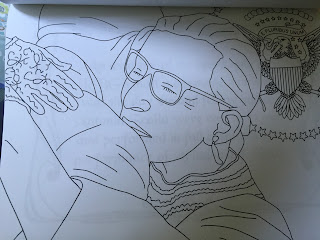