I can't believe it's been almost 3 weeks since I last posted here, just where do the days go? Hope everyone has been doing well.  I've still been reading quite a bit, a few really great reads and a few just okay ones.    Here's a recap: 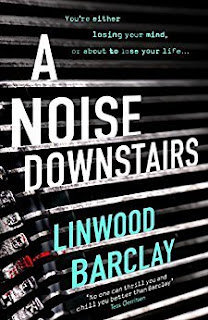 The set up for this psychological thriller is pretty simple, Paul Davis thinks his colleague, Ken, just might be a murderer.

Paul is a college professor who is driving home one night and notices that his colleague, Ken is driving erratically and a tail light is out, when Paul follows him,  he discovers he has two dead bodies in his car. Ken beats Paul up and nearly kills him but Paul recovers, suffering from PTSD as a result of the attack. He feels like he is losing his mind and when his therapist suggests he write about the incident that has caused him so much anguish, his wife and son buy him an antique typewriter to chronicle his thoughts.  Unfortunately, the typewriter seems to have a life of its own at night, typing sounds that only Paul seems to hear. Has Paul lost it or, is something or someone more sinister at play here?

The story is told primarily from the POV of Paul, his wife Charlotte and his therapist, Anna.  An addictive read that reels you in and keeps you guessing.  I loved how the story played out and, I felt the author did an awesome job. This is a must read for psychological fiction fans. 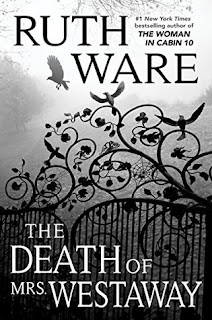 Hal (Harriet Westaway) is a young woman who is struggling to make ends meet.  Her mother died three months earlier, a victim or a hit and run accident. Hal has followed in her footsteps as a boardwalk, physic reading tarot cards for tourists.  She's flat broke and has even borrowed money from a loan shark who is now threatening her.

One day she receives a letter in the mail stating that a relative has died and that she's in line for an inheritance.  Although she is pretty certain that the letter was sent to her in error and mean for someone else, she's desperate and decides to travel to Cornwall for the funeral of the deceased, a woman who is supposedly her grandmother.  A reading of the will is to follow the services.

An atmospheric, creepy, Gothic type mystery with cranky, suspicious characters. The setting, Trepassen House, a creepy old mansion was ideal for the story to play out. I enjoyed the characters and the way that the story unraveled. 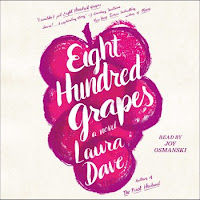 I wanted a lighter story to listen to on my walks and this story was delightful.  Set in Sonoma Valley's wine country, 30 year old, Georgia Ford has learned quite a bit about making wine, her family owns a vineyard there.  Now, living away from home in LA, Georgia's wedding is just one week away when she learns that her husband to be has been hiding a secret.  Unsure what she should do, she returns home to her family for comfort and to sort things out, only to find that her family has been hiding something from her as well. Will Georgia sort things out, marry and move to London as she had planned or will her life take a new path?

This was a nice story about family, dreams and bumps in the road of life. Likable characters and s beautiful setting as well. This audio book was would be a nice summer reading choice.