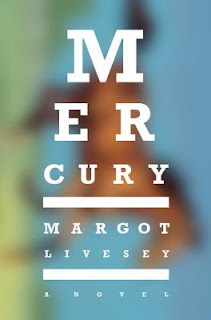 I started this book over a year ago and finally decided to give it another go. It's a somewhat familiar story.

Donald and Viv Stevenson are a married couple who have drifted apart. Don is an Ophthalmologist, originally from Scotland. Now married to Viv, an American and a  former mutual funds manager, the couple lives in a Boston suburb with their two children.

Viv has given up her job to pursue her real love of horses and, she now manages a stable with her childhood friend.  When a new horse, Mercury, is boarded at the stables, Viv becomes almost obsessed with the majestic beauty, Mercury, sometimes at the financial and emotional expense of her family.  Yet, Viv can't be totally faulted for the couples separateness as Donald has become more and more distant with the recent death of his father.

Mercury, is the story of a marriage and how easy it sometimes is to do one's "own thing" often losing sight of the things that are most important.  There was an air of mystery to this story which kept me interested, yet at times I felt somewhat bored.  I am happy I finally read it. 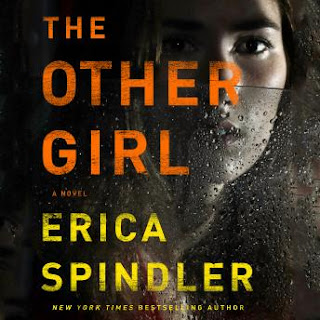 
Miranda Radar is a small town police officer in a town where not too much happens.  One day she and her partner are called to investigate the murder of a well liked English professor. The murder appears to be a crime of passion given the gruesome details.

When another man, this time a cop,  is also murdered, a common link seems to be Miranda.  She was involved in incident in her teens, 15 years earlier, which she hoped was long buried and, the dead cop was the individual involved in her case.

The Other Girl is a  story which flashes back from present to Miranda Wilder's teen days, with a few twists along the way.  I thought that this was an okay story and audio, interesting enough to hold my interest on my walks but, it's probably a story that won't stay with me for very long.