Week in Review and a mini book review - Let Me Lie; Clare Mackintosh

I'm always a bit hesitant to say this but, I think spring might just be here. The birds are nesting and singing and although there aren't any flowers blooming this week, they will be, very soon. I'm also out there walking more and more as well. Our cat is enjoying having the windows open for a few hours each day as well.  Last week was 3 days of yoga, book group meeting, lunches out and time with my daughter. We also took a ride to the casino (something we do about twice a year) and, I won $387.00, so I picked out some spring clothes which was fun. I also managed to find some reading time and some min review catch up time, and finally...

It's been a while since I posted my new book acquisitions, sent to me thanks to various publishers. So many sound good that I haven't yet decided where I shall begin. 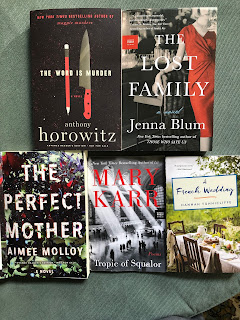 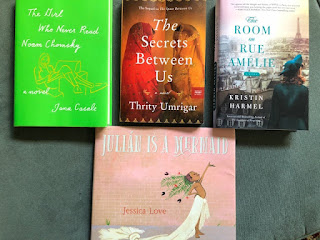 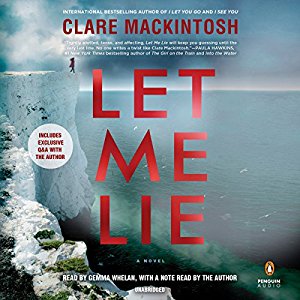 I finished Let Me Lie this week, a combination of audio download and eGalley and thought it was fairly well done. Here's a mini review:

Annie is a young woman and mother who has struggled to get on with her life after both of her parents committed suicide seven months apart.  Both deaths occurred in a similar manner, falling to their deaths off a cliff into the waters deep.  When a suspicious note arrives on the anniversary of her mother's death, Anna has reason to question whether murder versus suicide might have been the cause of death.  Murray, a semi-retired police officer agrees to help Anna piece together the mystery behind her parents deaths.

This is a twisty, psychological thriller, told from several POVs that held my interest both in audio and in print.  The story wasn't perfect, but enjoyable all the same.

Hope everyone has a beautiful Sunday!
Posted by (Diane) Bibliophile By the Sea at 12:00 AM