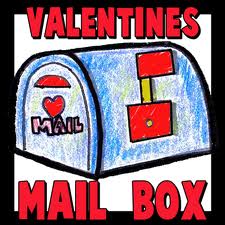 Mailbox Monday is the gathering place for readers to share the books that that arrived during the previous week.  Created by Marcia @ The Printed Page, this month's host is:  Laura @ Library of Clean Reads.
Here is what arrived last week: 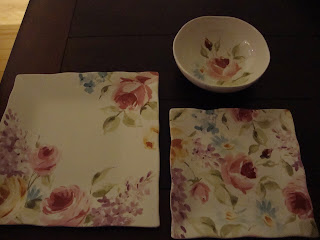 Okay, after the terrible winter, I needed something to make me feel like spring and summer were very close by. I fell in love with these the moment I saw them, and food tastes better on them as well:) 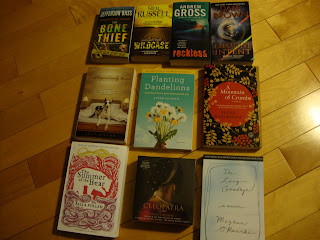 Harper Collins was very good to me last week:
From Penguin/Riverhead/ Putnam:

From Simon and Schuster:
From Atlantic Monthly Press:
Win fromhttp://www.peekingbetweenthepages.com/2010/12/giveaway-2-audio-book-copies-of.html:

Posted by (Diane) Bibliophile By the Sea at 5:44 AM