Mailbox Monday's host for October is Kate at The Parchment Girl. 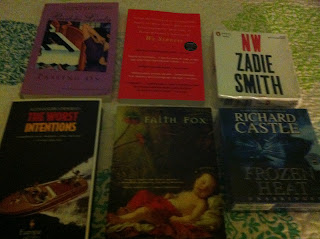 This weeks new books include:
Hope you had a great week for new books as well.
Posted by (Diane) Bibliophile By the Sea at 6:56 AM