Coming Soon to a Book Store Near You - Mannequin Girl; Ellen Litman

While trying to prioritize my lengthy list of new books coming out in 2014, I decided to try a new feature on my blog. I'm hoping this idea will hopefully serve a few purposes: keep me focused on books I'd like to read, give a little PR to the authors (especially new authors) who worked so hard getting published, and to let other readers know about books that will be hitting the book stores soon (within the next 90 days). 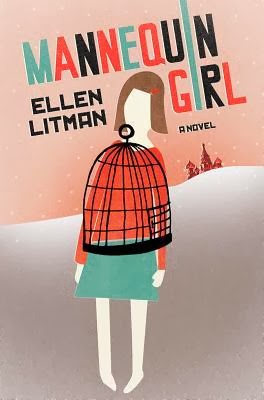 
A heartfelt and deftly told coming-of-age story, Mannequin Girl captures the bleakness of Soviet Russia and the hopeful turmoil of adolescence.

"A perfect little figure," he says. "Our mannequin girl." She knows who mannequin girls are. They are in her grandmother's Working Woman magazines, modeling flouncy dresses and berets. "Bend," he tells her, and she does, so pliant, so obedient."

Growing up in Soviet Russia, Kat Knopman worships her parents, temperamental Anechka and soft-hearted, absent-minded Misha. Young Jewish intellectuals, they teach literature at a Moscow school, run a drama club, and dabble in political radicalism. Kat sees herself as their heir and ally. But when she's diagnosed with rapidly-progressing scoliosis, the trajectory of her life changes and she finds herself at a different institution—a school-sanatorium for children with spinal ailments. Confined to a brace, surrounded by unsympathetic peers, Kat embarks on a quest to prove that she can be as exceptional as her parents: a beauty, an intellect, and free spirit despite her physical limitations, her Jewishness, and her suspicion that her beloved parents are in fact flawed. Can a girl with a crooked spine really be a mannequin girl, her parents’ pride and her doctors’ and teachers’ glory? Or will she prove to be something far more ordinary—and, thereby, more her own? An unforgettable heroine, Kat will have to find the courage to face the world and break free not only of her metal brace but of all the constraints that bind her.