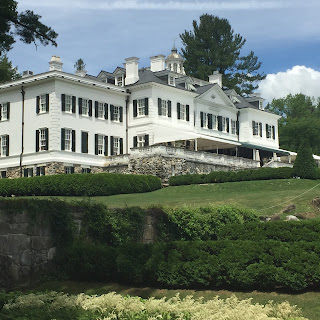 This week we took a road trip to Lenox, Massachusetts (we love this area) and we toured the former estate of Edith Wharton which is now open to the public.  It's an amazing property to enjoy a guided tour or just stroll the lush grounds (we did both). There were several artists painting on canvas as we walked around the property. It's a place I like going back again and again.
In 1901, Edith Wharton (1862-1937) bought 113-acres in Lenox, Massachusetts then designed and built The Mount, a home that would meet her needs as designer, gardener, hostess, and above all, writer. Every aspect of the estate—including its gardens, architecture, and interior design—evokes the spirit of its creator. The mansion was built in just 15 months and cost approximately $175,000 to build in 1901 - 1902. Previously the couple lived in New York City and Newport, Rhode Island and traveled frequently to Europe. Teddy Wharton supported the couple with his inheritance while Edith focused on her writing.
Sadly, the couple only lived at "The Mount," in Lenox, Massachusetts for ten years. It was a decade for Wharton, full of professional triumphs and emotional turmoil. Here she would write some of her greatest works, including The House of Mirth (1905) and Ethan Frome (1911). All while her marriage disintegrated under the weight of Teddy Wharton’s mental instability. The Whartons sold The Mount in 1911, they divorced in 1913. Edith Wharton moved permanently to France, Teddy returned to his sister’s home in Lenox. 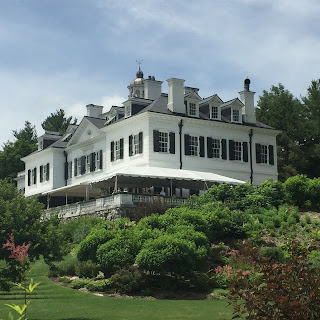 "The Mount" open for tours from May through October and ghost tours are scheduled during the summer as the mansion is reportedly haunted.  Musical and other performances are held on the property and the grounds are covered with beautiful walking paths and sculpture exhibits for the public to enjoy. 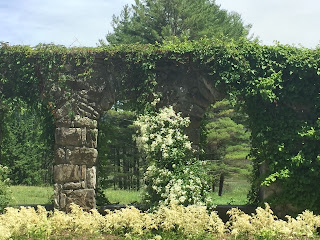 Here are a few of the pictures I took with my phone. 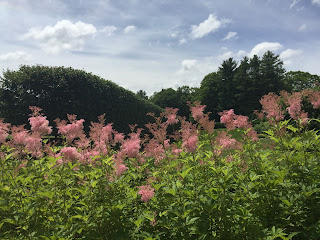 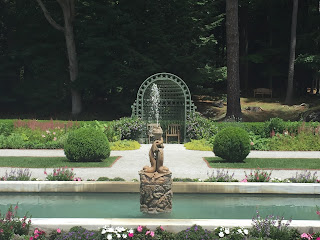 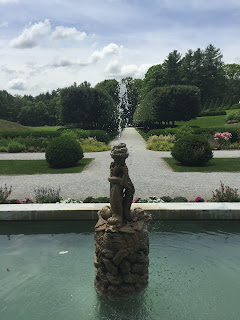 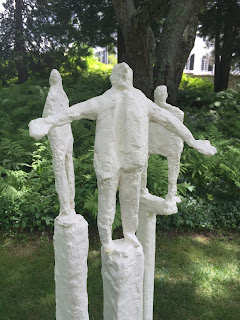 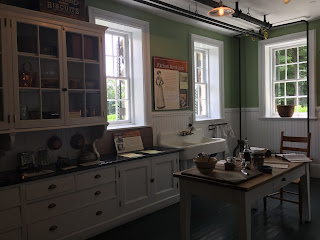 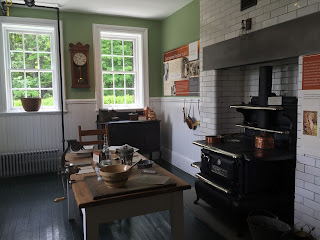 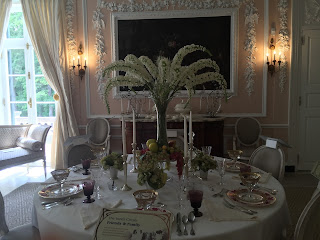 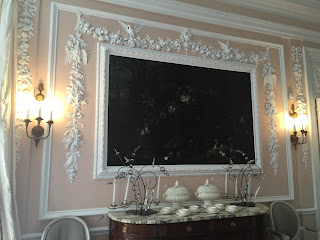 If you are ever touring New England, be sure to check out The Mount and The Norman Rockwell Museum ( also very close to The Mount).
Posted by (Diane) Bibliophile By the Sea at 12:00 AM