Every Tuesday I host First Chapter First Paragraph Tuesday Intros where I share the first paragraph sometimes two, of a book that I'm reading or plan to read soon.   (This one was chosen by my book group for July, and although I don't read a lot of historical fiction, I fell in love with the writing just from the intro). 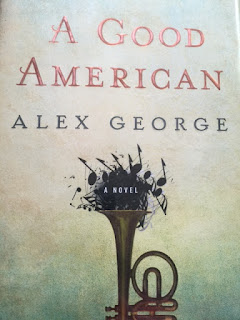 "Always, there was music.

It was music--Puccini, to be precise--that first drew my grandparents into each other's orbit, more than a hundred years ago.  It was an unusually warm afternoon in early spring, in the grandest municipal garden in Hanover, the Grosse Garten.  Mygrandmother, Henriette Furst, was taking her usual Sunday stroll among the regimented flower beds and manicured lawns so beloved of city-dwelling Prussians.  At twenty-five, she was a fine example of Teutonic rude health; Jette, as she was known by everyone, was six feet tall, and robustly built.  She walked through the park with none of the feminine grace that was expected from ladies of her class.  Rather than making her way by trippingly petite steps on the arm of an admirer, Jette clomped briskly along the graveled paths alone, too busy enjoying the day to worry about the unladylike spectacle she presented to others.  Rather than squeezing her considerable frame into the bustles and corsets that constrained the grim-faced ladies she so effortlessly outflanked, Jette preferred voluminous dresses that draped her outsized form like colorful tents.  She swept along in a dramatic, free-flowing swirl, leaving all those rigidly contoured women hobbling in her wake."


What do you think -- keep reading or pass?
(Feel free to join in this week by posting your intro below?