These days I find myself getting rid of more stuff rather than acquiring things, the same is true for books. I use the library and if I read a book on my shelf, once read, I give the book away.  Last month, I did treat myself to (4) new physical books, Europa Editions, an imprint I'm always drawn to. 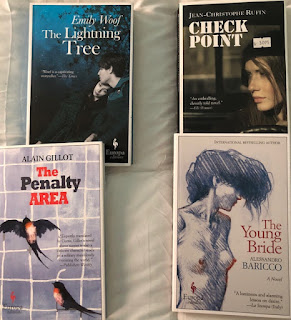