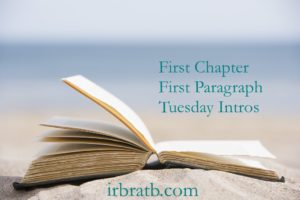 Each Tuesday, Vicki, from I’d Rather Be At The Beach hosts First Chapter First Paragraph Tuesday Intros where readers post the opening paragraph(s) of a book that they are reading or plan to read. 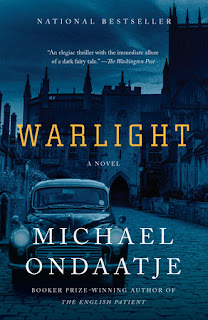 A Table Full of Strangers

"In 1945 our parents went away and left us in the care of two men who may have been criminals.  We were living on a street in London called Ruvigny Gardens, and one morning either our mother or our father suggested that after breakfast the family have a talk, and they told us they would be leaving us and going to Singapore for a year.  Not too long, they said, but it would not be a brief trip either.  We would of course be well cared for in their absence.  I remember our father was sitting on one of those uncomfortable iron garden chairs as he broke the news, while our mother, in a summer dress just behind his shoulder, watched how we responded.  After a while she took my sister Rachel's hand and held it against her waist as if she could give it warmth."

I normally would have passed on this book at first glance but, this was chosen as our book group read this month. I'm actually enjoying it - beautiful writing.

What do you think - pass or read more?
Posted by (Diane) Bibliophile By the Sea at 12:00 AM