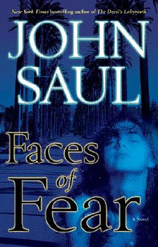 Alison's world changes when her mother marries plastic surgeon Conrad Dunn. She moves into a huge mansion in the Hollywood Hills, leaves her public school behind for a prestigious prep school, and makes new friends. Her new friends have all had cosmetic work done on them by Alison's stepfather and give her suggestions on what she should have done.

Although the thought of it creeps her out at first, she agrees to accept breast augmentation as a 16th birthday present. Soon after, Alison discovers a picture of her stepfather's first wife. To Alison's horror, she notices a resemblance between the image in the photo and the work her stepfather is doing on her. Though her mother refuses to acknowledge the strange similarity, Alison becomes increasingly frightened. Digging further into her stepfather's murky past, Alison uncovers dark secrets-and even darker motives-and realizes that her worst fears are fast becoming her reality. At the same time, murders are being committed around L.A. by the so-called Frankenstein Killer.

I actually gave up reading John Saul a few years back but decided to give him a try one more time. Although this was a quick read (not a lot of thought goes into reading Saul's novels), I was less than thrilled with this book. It was pretty boring and predictable.