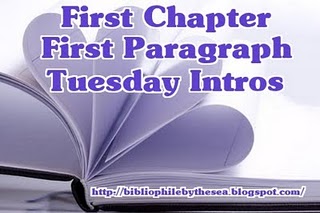 Hoping to read MOSTLY books I'll truly love, and books that are a bit different from what others are currently reading. I've begun selecting what I read next, by whether the first paragraph grabs me. I know this isn't very scientific and I risk passing over some good books in the process, but for now, this is my book selection method.

(no review yet; it was pretty good.).

This weeks pick:  School for the Blind; Dennis McFarland

"HIS LIFE'S WORK and ambition fulfilled. Francis Brim believed the only metamorphosis left him was a slow, affable decline toward death, and so at the age of seventy-three he returned to the town of his youth to retire.  He had been a news photographer--a witness, a messenger amid the world's fire and ashes--and he figured he had earned not only the right to let the world go, but also the poise to let it go with authority. He would read, write, sleep, visit the beach, fish, garden a bit, whatever he pleased--the pastimes, he imagined, of solitary old people of some accomplishment. The medley of images he assembled for this retirement included a cottage with a porch on which he might sit and muse over the prospects of the very next hour, but soon after he had settled into just such a place, he found himself absorbed in entirely different, unexpected ways."


Would you give the book a try, based on the opening paragraph?
(If you care to join in, feel free to grab the image.)
Posted by (Diane) Bibliophile By the Sea at 12:02 AM