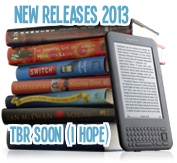 Sometimes I just get so overwhelmed by too many books and too little reading time, and before I know it another month has passed and the new releases I meant to read remain in my TBR pile.  It's frustrating to see them pile up like that.  So I decided feature, on an ongoing basis, some new releases which came my way that I think sound pretty awesome. By getting the word out about these books, maybe some of you will want to add them to your lists as well.

Maybe some of my readers have already read these, if so what did you think about these?

Here's some of my picks for for January, February and March of 2013.

Publication Date: January 2, 2013
A riveting, brilliantly written debut novel, The Death of Bees is a coming-of-age story in which two young sisters attempt to hold the world at bay after the mysterious death of their parents.

Marnie and Nelly, left on their own in Glasgow's Hazlehurst housing estate, attempt to avoid suspicion until Marnie can become a legal guardian for her younger sister.

Written with fierce sympathy and beautiful precision, and told in alternating voices, The Death of Bees by Lisa O’Donnell is an enchanting, grimly comic tale of lost souls who, unable to answer for themselves, can answer only for each other.

Y,  Marjorie Celona
Simon and Schuster
Publication Date: January 8, 2013
“Y. That perfect letter. The wishbone, fork in the road, empty wineglass. The question we ask over and over. Why? . . . My life begins at the Y.” So opens Marjorie Celona’s highly acclaimed and exquisitely rendered debut about a wise-beyond-her-years foster child abandoned as a newborn on the doorstep of the local YMCA. Swaddled in a dirty gray sweatshirt with nothing but a Swiss Army knife tucked between her feet, little Shannon is discovered by a man who catches only a glimpse of her troubled mother as she disappears from view. That morning, all three lives are forever changed.

Bounced between foster homes, Shannon endures abuse and neglect until she finally finds stability with Miranda, a kind but no-nonsense single mother with a free-spirited daughter of her own. Yet Shannon defines life on her own terms, refusing to settle down, and never stops longing to uncover her roots—especially the stubborn question of why her mother would abandon her on the day she was born.
Brilliantly and hauntingly interwoven with Shannon’s story is the tale of her mother, Yula, a girl herself who is facing a desperate fate in the hours and days leading up to Shannon’s birth. As past and present converge, Y tells an unforgettable story of identity, inheritance, and, ultimately, forgiveness. Celona’s ravishingly beautiful novel offers a deeply affecting look at the choices we make and what it means to be a family, and it marks the debut of a magnificent new voice in contemporary fiction.
Show more


Publication Date: February 5, 2013
In his international bestseller Beneath a Marble Sky, John Shors wrote about the ancient passion, beauty, and brilliance that inspired the building of the Taj Mahal. Now with Temple of a Thousand Faces, he brings to life the legendary temple of Angkor Wat, an unrivaled marvel of ornately carved towers and stone statues. There, in a story set nearly a thousand years ago, an empire is lost, a royal love is tested, and heroism is reborn.

When his land is taken by force, Prince Jayavar of the Khmer people narrowly escapes death at the hands of the conquering Cham king, Indravarman. Exiled from their homeland, he and his mystical wife Ajadevi set up a secret camp in the jungle with the intention of amassing an army bold enough to reclaim their kingdom and free their people. Meanwhile, Indravarman rules with an iron fist, pitting even his most trusted men against each other and quashing any hint of rebellion.

Moving from a poor fisherman's family whose sons find the courage to take up arms against their oppressors, to a beautiful bride who becomes a prize of war, to an ambitious warrior whose allegiance is torn--Temple of a Thousand Faces is an unforgettable saga of love, betrayal, and survival at any cost. 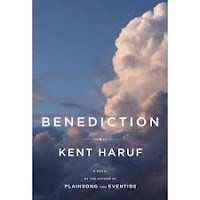 Publication Date: February 26, 2013
From the beloved and best-selling author of Plainsong and Eventide comes a story of life and death, and the ties that bind, once again set out on the High Plains in Holt, Colorado.

When Dad Lewis is diagnosed with terminal cancer, he and his wife, Mary, must work together to make his final days as comfortable as possible. Their daughter, Lorraine, hastens back from Denver to help look after him; her devotion softens the bitter absence of their estranged son, Frank, but this cannot be willed away and remains a palpable presence for all three of them. Next door, a young girl named Alice moves in with her grandmother and contends with the painful memories that Dad's condition stirs up of her own mother's death. Meanwhile, the town’s newly arrived preacher attempts to mend his strained relationships with his wife and teenaged son, a task that proves all the more challenging when he faces the disdain of his congregation after offering more than they are accustomed to getting on a Sunday morning. And throughout, an elderly widow and her middle-aged daughter do everything they can to ease the pain of their friends and neighbors.
Despite the travails that each of these families faces, together they form bonds strong enough to carry them through the most difficult of times.  Bracing, sad and deeply illuminating, Benediction captures the fullness of life by representing every stage of it, including its extinction, as well as the hopes and dreams that sustain us along the way. Here Kent Haruf gives us his most indelible portrait yet of this small town and reveals, with grace and insight, the compassion, the suffering and, above all, the humanity of its inhabitants.
Show more

An Amazon Best Book of the Month, March 2013: It can’t be easy to sit down and write a new novel after your last, Olive Kitteridge, won the Pulitzer Prize (in 2009). The pressure! The pressure! In The Burgess Boys, novelist Elizabeth Strout somehow manages to survive whatever next-book anxiety while at the same time revisiting the themes and types of characters that have made her famous: plainspoken Mainers (some transplanted now to Brooklyn) bound together by both love, competitiveness and the issues of the day. Here, hotshot lawyer Jim and bighearted Bob Burgess come together over a politically incorrect prank perpetrated by their sister’s son--and discover that their distrust of each other has never really gone away. But then, neither has their love. Nobody does buried conflict and tortured familial relations better than Strout. 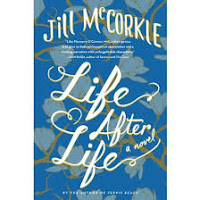 Release date: March 26, 2013
Jill McCorkle’s first novel in seventeen years is alive with the daily triumphs and challenges of the residents and staff of Pine Haven Estates, a retirement facility now home to a good many of Fulton, North Carolina’s older citizens. Among them, third-grade teacher Sadie Randolph, who has taught every child in town and believes we are all eight years old in our hearts; Stanley Stone, once Fulton’s most prominent lawyer, now feigning dementia to escape life with his son; Marge Walker, the town’s self-appointed conveyor of social status who keeps a scrapbook of every local murder and heinous crime; and Rachel Silverman, recently widowed, whose decision to leave her Massachusetts home and settle in Fulton is a mystery to everyone but her.  C.J., the pierced and tattooed young mother who runs the beauty shop, and Joanna, the hospice volunteer who discovers that her path to a good life lies with helping folks achieve good deaths, are two of the staff on whom the residents depend.


McCorkle puts her finger on the pulse of every character’s strengths, weaknesses, and secrets.  And, as she connects their lives through their present circumstances, their pasts, and, in some cases, their deaths, she celebrates the blessings and wisdom of later life and infuses this remarkable novel with hope and laughter.

Posted by (Diane) Bibliophile By the Sea at 8:42 PM