Happy Sunday, Happy Spring, Happy Easter (to those who celebrate) and Goodbye to March. 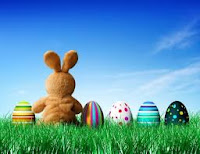 How was your week readers?  It finally feels like Spring may be in the air. 50's for the last few days which may not seem like anything for me to brag about to those of you who live in warmer areas, but this has been one heck of a long winter.

I have a couple of books that I finished and haven't reviewed yet.  One was American Psycho which several bloggers read and reviewed several months ago.  What can I say that hasn't been said about this novel and Patrick Bateman?

5/5 stars
(some spoilers below)

First, I listened to the audio book, which I feel funny about saying this, but I loved it, and I was never bored with the story for even a minute.  For readers unfamiliar with the story, Patrick Bateman, the 27 year-old, "American Psycho" narrates the story.  He's good looking, brilliant, attended the best schools, is incrediblyy vain, obsessed with fitness, designer brands and having the best of everything. He lives in Manhattan, in the same building as Tom Cruise, and will even prattle on about the  $60 pair of boxer shorts he is wearing. He even feels compelled to tell his secretary at Pierce and Pierce, where he is a hedge fund Vice President, what she should and should not wear.  It's easy to see from the very beginning that he doesn't have any moral compass, but it's much worse than that. He hates blacks, gays, poor people, people of authority and women.

Bateman hangs out with other pompous buddies.  They meet for drinks, dinner at the finest places in NYC and together they drone on about fashion and they critique everyone in their circle of vision when together.  His buddies may be idiots, but they have nothing on Patrick as far as who the 'psycho" is.

The story gets violent quickly with graphic depictions of more than a dozen murders he commits: men, women, a child and even a few animals.  He uses knives, drills, nail guns, chain saws, lighters, coat hangers to harm and kill his victims, in the course of the (14) hour audio rendition.   Definitely not for the faint of heart, but really well-written and a character I will never forget.

So after I finished the book my husband and I watched the 1.5 hour movie version, which was good, but disappointing after listening to the novel.

Although the book was bloody, violent and equally graphic, the book paints even a darker picture of just how twisted this guy is, but honestly, parts are even laughable if you can imagine that after what I've told you. There is less of everything in the movie: fewer murders, less time in clubs with his buddies, less of everything, but it still follows the book pretty closely.  I think that the movie made me think that many of the the violent acts that I thought really happened in the novel might really have just been imagined or hallucinations by our American Psycho after all.  I'd be curious to get other readers take on this.

April Reading Plans
Have a Great Week Everyone
Posted by (Diane) Bibliophile By the Sea at 12:30 AM