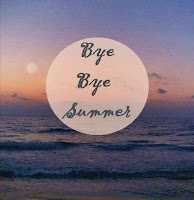 Hope everyone is having a nice weekend! I know it is still officially summer for another (3) weeks, but for me Labor Day weekend has always meant the end of summer -- time to swap out most of the summer clothes for wall stuff, jeans and cardigans.  It's still humid here, this weekend, so those lightweight tops and capris won't be getting packed away just yet.

This weekend is actually a (4) day weekend for me as I took Tuesday off as well.  Yesterday we went to see Lee Daniels', The Butler and we all thoroughly enjoyed it.  It's right up there with The Help in my book, although not as many funny moments -- more serious.

Today we are just hanging out at home. I spent the morning making a few things to bring over my son and DIL's for a cookout tomorrow, and I also spent about (2) hours purging books. I pulled about (30) unread ones that I know I'm just never going to want to read.  Even though a few are by very good authors. (My taste in books has changed somewhat since acquiring them).


Books for August
(Several of these were kids books, cookbooks and/or other easy reads -- I'm not super woman)

A few new books arrived last week which look good, but I am most excited being approved for the eGallley of: 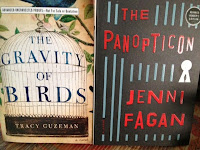 Posted by (Diane) Bibliophile By the Sea at 4:50 PM