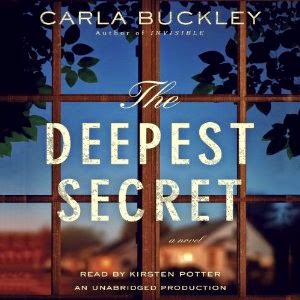 On a stormy night Eve Lattimore is driving to the airport to pick up her husband when she receives a text message and takes she eyes off the road for a second to look at it. In that split second she hits what she thinks is a deer. She stops her car and to her horror she finds Amy, the 11 years old daughter of her neighbor and good friend, Charlotte. Amy is dead, killed instantly. What should she do and what will she do is her moral dilemma.

Eve's 14 year old son Tyler, suffers from a rare and fatal medical condition called, Xeroderma Pigmentosum (XP). UV rays will burn his skin, and he must stay in a darkened house by day and only go out at night . Eve is a dedicated mother who has done everything possible to protect Tyler. Since Eve's husband David works in Washington, DC and they live in Ohio, she has the entire burden of childcare. Tyler's older sister Melissa needs seem to take a backseat given Tyler's medical situation.

When Charlotte realizes Amy is missing, an all out search begins. An anonymous phone call eventually leads to the discovery of Amy's body. Everyone in the neighborhood seems to be a suspect except Eve. She is desperate to do what it takes to make sure she doesn't risk being sent away for her role in Amy's death. However, in this suburban neighborhood, Eve isn't the only one hiding a secret. An interesting story about family dynamics, dysfunction, secrets, and suburban life.

I liked this audio book a lot. The author has created a compelling story, making the reader think about what they would do to protect their own children. I loved how all the families in their little neighborhood seemed to all have secrets of their own, and that there were several flawed characters in the mix. The story wasn't perfect, and at time I felt that the story moved way too slow and some parts felt repetitive, but overall I was still happy I gave this one a try. The audio book was read by Kirsten Potter, who did a great job. This seems like a good choice for book group discussion.

4/5 stars
(eGalley and audiobook)
Posted by (Diane) Bibliophile By the Sea at 6:00 AM