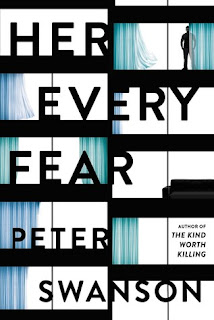 "THE FASTEST ROUTE FROM LOGAN Airport to downtown Boston is a mile-long tunnel called the Sumner.  Dark, damp, and low ceilinged, the Sumner feels as though it were built a hundred years ago, which it very nearly was.  And on Friday, April 24, a warm spring evening, a Boston University freshman ran out of gas halfway though the tunnel, reducing rush-hour traffic to just one slow-moving lane, instead of the usual two.  Kate Priddy, who had never been to Boston and had no idea how she would wind up in a tunnel under Boston Harbor, sat in the back of a stopped taxicab and began to panic."

Base on this intro, would you read more or take a pass?

Feel free to join in by posting your link to your Tuesday Intro below.