Every Tuesday I host First Chapter First Paragraph Tuesday Intros sharing the first paragraph, maybe two, of a book that I'm reading or plan to read soon.  (I started this book last night and I am loving it thus far). 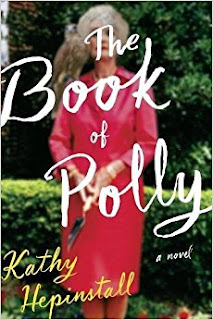 "I'm not sure at what young age I became frozen with the knowledge, certainty, and horror that my mother would die one day.  Spared the passing of my father, the Captain, by my status as a fetus, I was cowering in the womb when my mother found my father dead in his chair.

Polly told me the story when I was old enough to hear it.  She was smoking a cigarette, a habit I feared and detested.  One of my earliest memories was reaching up and trying to snatch a cigarette from her lips.  Even then I knew my enemy.  But she was too fast for me, and by the time I heard the story of my father's death I'd mostly given up trying.  So I just sat watching the trail of smoke.  The Captain was once a navy man, you know that. Anyway, he got this wooden lobster from the Philippines when he met Ferdinand Marcos--another story--but when he died the lobster was sitting there in his lap.  I guess he'd taken it down from the wall to admire it just before the stroke got him.  And that's what happens when you die.  It's no more complicated than that, if you're lucky."

Would you read more or pass on this one?

Feel free to join in by linking your INTRO Post below.