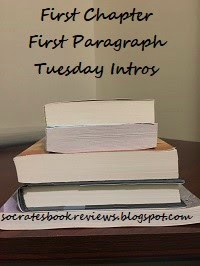 Welcome to First Chapter/Intros, hosted by Yvonne @ Socrates Book Reviews.
Each week readers post the first paragraph (or 2) of a book we are reading or plan to read soon. 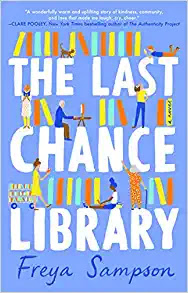 The Last Chance Library; Freya Sampson
Berkley - August 31, 2021
(Debut Novel)
Chapter One
You can tell a lot about a person from the library books they borrow.
June liked  to play a game when things were quiet at work. She's pick a patron and make up their life story based on the books they read.  Today she'd chosen a middle-aged lady who took out two Danielle Steel novels and The Rough Guide to Iceland.  After some consideration, June decided that the woman was trapped in a loveless marriage, perhaps with a boorish, aggressive husband.  She was planning to run away to Reykjavik, where she'd fall in love with a rigged, bearded, local.  But just as she thought she'd found true happiness, her husband would track her down and announce---"Well that was a pile of shit."
June was snapped out of her daydream by Mrs Bransworth, who was standing in front of the desk waving a book in her face. It was Kazuo Ishiguro's Remains of the Day.
I love the sound of this one, what about you? Read more or pass?
( Full Book Description)
June Jones emerges from her shell to fight for her beloved local library, and through the efforts and support of an eclectic group of library patrons, she discovers life-changing friendships along the way. Lonely librarian June Jones has never left the sleepy English village where she grew up. Shy and reclusive, the thirty-year-old would rather spend her time buried in books than venture out into the world. But when her library is threatened with closure, June is forced to emerge from behind the shelves to save the heart of her community and the place that holds the dearest memories of her mother.Joining a band of eccentric yet dedicated locals in a campaign to keep the library, June opens herself up to other people for the first time since her mother died. It just so happens that her old school friend Alex Chen is back in town and willing to lend a helping hand. The kindhearted lawyer's feelings for her are obvious to everyone but June, who won't believe that anyone could ever care for her in that way.To save the place and the books that mean so much to her, June must finally make some changes to her life. For once, she's determined not to go down without a fight. And maybe, in fighting for her cherished library, June can save herself, too. 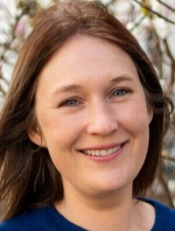 Freya Sampson works in television as a creator and Executive Producer. Her credits include two documentary series for the BBC about the British Royal Family, and a number of factual and entertainment series. She studied History at Cambridge University and in 2018 was shortlisted for the Exeter Novel Prize. She lives in London with her husband, two young children and an antisocial cat.