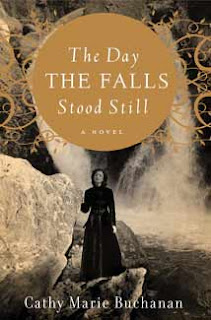 It's the early 1900's and the Heath family had enjoyed a life of comfort. Mr. Heath held an important job with The Niagara Power Company, the family was highly regarded, and Bess, the younger daughter, attended the prestigious Loretto Academy, until her father was fired from her job. When Mr Heath loses his job, he starts staying out late and drinking. Mrs. Heath's friends begin avoiding her, and she is humiliated by the gossip she is hearing. To provided some income for her family, she begins sewing dresses for other women in the community. When tragedy strikes, every ones life is forever changed.

By a chance meeting, enters Tom Cole, a handsome riverman to whom Bess is immediately attracted. The attraction is mutual, but her family objects, as he "is not from their world". Tom's grandfather, Fergus Cole, in the mid-1800's lived a life full of daring river rescues. Tom follows in his grandfather's footsteps, and is somewhat of a local hero because of his devotion to the Niagara Falls River. He has performed many brave rescues himself. Toms commitment to his ideals, and his belief about the harm that is being done by the introduction of hydro-electric power in the area, makes Tom unpopular. He is seen as a threat by the power companies involved who want to harness the power from the falls for the own purpose.

The Day the Falls Stood Still is an amazing debut novel, steeped with historical detail about the Niagara Falls hydroelectric project. Included in the novel are newspaper articles, and illustrations which really add even more interest to this already terrific story. It is also a love story: Bess and Tom's story. Bess and her amazing strength, and devotion to husband and family, and Tom, his love for his wife, family and the river that is in his blood, and his conflict about right and wrong.

This novel is based in part on a real life Niagara riverman: William "Red" Hill. Although this novel got a bit bogged down at the start, it fully redeemed itself. It made for a novel, I would not have wanted to miss. RECOMMENDED.