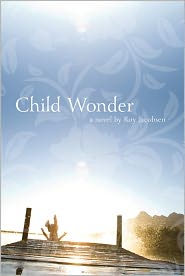 It's the 1960's, and Little Finn is an 8 year-old boy who lives with his mother Gerd, in a working class area of Oslo. It's been just he and his mother for a while, since his parents divorced, and his father later died in an industrial accident. Finances were a problem, so his mother went to work part-time in a shoe store to help out. She later decides to take in a lodger for extra money and places an advertisement. One of individuals who sees the ad is Ingrid, a drug-addict, former wife to Finn's father. She has a 6 year-old daughter named Linda who seems, initially to have some sort of psychological or medical issues.


"Nothing was any use. Linda would just hold a pencil and write letters and draw, the tip of her tongue hanging out of the left corner of her mouth and her cheek pressed against the paper, so concentrated that there could be no doubt that she was on a journey into a world where either a Norwegian primary school nor bewildered half-brother or step-mothers could pursue her. Linda was not of this world, one day I would come to understand this --she was a Martian come down to earth to speak in tongues to heathens, to speak french to Norwegians and Russian to Americans. She was destiny, beauty and catastrophe. A bit of everything. Mother's mirror and Mother's childhood. All over again. The last remaining fragment of that which will never vanish. God must have had a purpose with her, a secret plan --but what?

Before long, not only will Finn and his mother have a lodger living with them -- a man named Kristian, who has a fascination with words and numbers. His half-sister Linda also moves in with them as well. Finn is intrigued by the new lodger who spends a lot of time alone in his room. He brought along a television when he moved in, which is a big deal for Finn and his mother. With Kristian and little Linda suddenly a part of their lives, everything changes dramatically for each of them. Gerd sees much of her own sad life as a child through Linda. She begins to give more and more attention to Linda who has issues of her own. Despite his mother pulling away from him and to Linda, Finn is extremely protective of his half-sister. When others tease and try to bully the girl Finn intervenes. Over the course of a summer, in Finn's world he becomes witness to some real issues of adulthood.

Child Wonder, is a wonderful story; it is both sad and uplifting all in one. Little Finn as narrator worked beautifully. He was extremely bright and keenly observant. I found it extremely heartfelt when he tried to take on the role of a protective, older brother. Initially, I had a bit of trouble with the translation, which slowed down the speed at which I would normally read, but after a while, I was so into the story, that I was happy for my slower pace. This is a story to savor.
Posted by (Diane) Bibliophile By the Sea at 10:05 PM