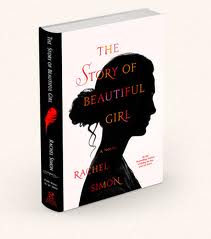 " At the end of the night that would change everything, the widow stood on her porch and watched  as the young woman was marched down her front drive and shoved into the sedan.  The girl did not fight back, bound and tied as she was, nor did she cry out into the chill autumn rain, so surely the doctor and his attendants thought they had won.  They did not know, as the car doors slammed shut, the engine came on, and the driver steered them down the muddy hill toward the road, that the widow and the girl in the backseat had just defied them right under their noses.  The widow waited until the taillights reached the bottom of the drive, then turned and entered her house.  And as she stood at the foot of the staircase, hoping they'd show mercy to the young woman and worrying about the whereabouts of the runaway man, the widow heard the sound the doctor hadn't been seeking.  It was the sound that would always connect her to the girl and forever make her remember the man.  It was the sweet, deep breaths of a hidden person. A sleeping stranger. A baby."


Would you read this one based on the first paragraph intro?
Posted by (Diane) Bibliophile By the Sea at 6:36 AM