Coming Soon to a Book Store Near You - The Remedy for Love; Bill Roorbach 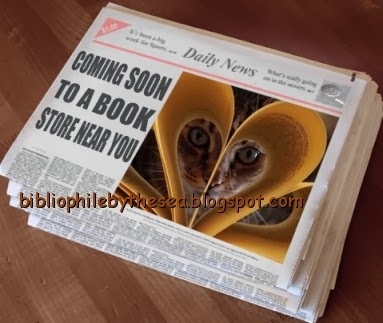 This week's "Coming Soon to a Book Store Near You" pick is a book that recently caught my eye.

They’re calling for the “Storm of the Century,” and in western Maine, that means something. So Eric closes his law office early and heads to the grocery store. But when an unkempt and seemingly unstable young woman in line comes up short on cash, a kind of old-school charity takes hold of his heart—twenty bucks and a ride home; that’s the least he can do.

Trouble is, Danielle doesn’t really have a home. She’s squatting in a cabin deep in the woods: no electricity, no plumbing, no heat. Eric, with troubles—and secrets—of his own, tries to walk away but finds he can’t. She’ll need food, water, and firewood, and that’s just to get her through the storm: there’s a whole long winter ahead.

Resigned to help, fending off her violent mistrust of him, he gets her set up, departs with relief, and climbs back to the road, but—winds howling, snow mounting—he finds his car missing, phone inside. In desperation, he returns to the cabin. Danielle’s terrified, then merely enraged. And as the storm intensifies, these two lost souls are forced to ride it out together.

Intensely moving, frequently funny, The Remedy for Love is a harrowing story about the truths we reveal when there is no time or space for artifice.
Posted by (Diane) Bibliophile By the Sea at 12:00 AM