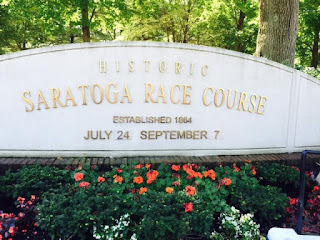 This past week has been super busy with not much time for reading.  We spent time in Saratoga, NY. My husband at one time was involved in the racing industry and has always wanted to check out this racetrack which is only open about (7) weeks each year.  The area is beautiful and the weather was gorgeous. It was a wonderful place for a people-watcher like me to have plenty of entertainment, even though I'm not really into horse racing. 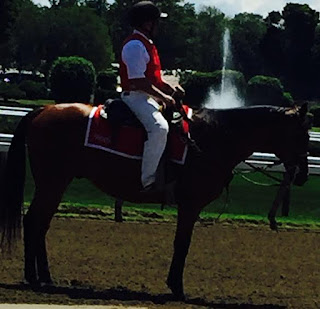 The rest of the week was spent with lots of outdoor activity since the humidity was way down, time with all 3 granddaughters, and lunch with friends that we haven't seen in (6) months. It was a great week.  I can't believe you use to work 35 hours a week (1) month ago.

Books (current reads) - I have (3) books going, but as I mentioned I wasn't able to get much reading done.  Reading -- Smoke Gets in Your Eyes and Other Lessons from the Crematory; Caitlin Doughy (NF) excellent; What I Remember Most; Cathy Lamb so good -- and The Sunken Cathedral; Kate Walbert -- just okay. 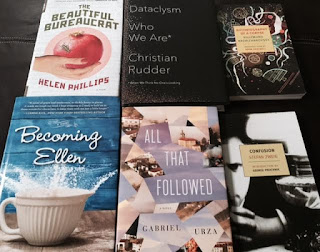 A young wife's new job pits her against the unfeeling machinations of the universe in this dazzling first novel Ursula K. Le Guin hails as "funny, sad, scary, beautiful. I love it."


Hope all of my readers have a wonderful week.
Posted by (Diane) Bibliophile By the Sea at 7:30 AM