I've been in a mini-funk lately -- it's COLD outside PLUS I think I have a case of the after holiday blahs. My week was fine just not terribly exciting, probably because I am dieting --that sort of takes the fun out of eating when you have to plan what you eat instead of just eating what you like if you know what I mean?  How was your week? 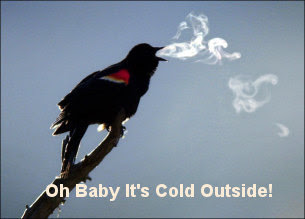 Yesterday was the best day of my week. We had a late lunch with some fun friends that we only seem to see a few times a year.  We met these friends of ours by chance on a train to Boston (13) years ago this past December. We struck up a conversation on the train and hit it off, so they asked us if we wanted to join them for dinner and drinks at a few of the nice Boston Hotels. It is an annual event now - we go into Boston every December, and meet for dinner several other times a year.  We have been to Las Vegas with them twice.  They are the kind of friends that you don't need to see often to just pick up the conversation and have loads of laughs. You never want the evening together to end.  Something strange always happens almost every time we are together.  One year (again on a train ride into Boston) the train broke down so we hopped off the train and found a taxi to take us into the city so we would not miss our show/dinner reservations and have our evening spoiled.  Another time we took a train into New York City, stayed over and saw two shows. One was front row seats center stage and another last row seats by the fire exit (we have no clue how that happened either). Then there was one of the times we were having dinner in Boston at the Chart House and at the end of the evening the waiter told us that our $250+ check was taken care of!!! Puzzled we did not know what to make of it. We later found out that a bunch of wealthy Boston College students insisted on picking up our tab as they felt they were probably too noisy that night --Isn't that a riot?  They even took our pictures with the group for the BC newspaper ....LOL .  Our first time to Las Vegas with Paul and Mary was in 1997 or 1998, and one evening we made a huge mistake one night of asking a cab driver to take us to a real nice restaurant. He dropped the four of us off, he made a quick phone call and then left. We found ourselves in this dark lovely restaurant, all waiters in tuxes hovering around every table, no prices on the menu (except for the ones that the men received). Our bill that night was over $600 for (4) of us. Our steak was $105, and everything else was priced separately -- $10 for a baked potato, and the check added up from there!!!! Moral of that story: Never ask a cab driver to take you to a fine restaurant when you have no clue where you are going!!  Then there was Sept 2001, when we were in Las Vegas with these friends once again. We were scheduled to go home on 9/12 and then 9/11 stopped everything, everywhere.  We woke up to watching the planes fly into the WTC from our hotel beds....just horrific, and we were forced to stay in LasVegas two extra days as a result. The hotel was wonderful and gave us a very low rate for the extra days, but we could not wait to get home safely and had our eyes glued to the televisions everywhere.  Needless to say, we are always waiting for something strange to happen when we are together.  We love ya Paul and Mary --see ya soon!

I did read quite a bit this week, but have not been motivated to write all of my reviews -- it's one of those things that I really need to be in the mood to do.   I finished : The Handmaid's Tale; Margaret Atwood (review here) and Gilded: How Newport Became America's Richest Resort; Deborah Davis (review here), and also finished reading Remarkable Creatures; Tracy Chevalier (very very good/no review yet) and Disappeared; M.R. Hall (good/no review yet).  I'm almost done with the audio book South of Broad; Pat Conroy which I've been listening to for almost (2) weeks....(really good story and reader) and I should finish up One Amazing Thing; Chitra Banerjee Divakaruni  today (liking this one so far).  I have not been requesting review books lately, but I'm still getting the ones that seem to come monthly and generally enjoy reading. I said to my husband this morning when I looked at two huge stacks of review books on my dresser --these books are driving me crazy!!!! Do you ever feel pressure and stress over review books?  I love reading the latest books, but then suddenly it all becomes a little overwhelming at times.  Okay enough whining for today.

Any special plans for today or the coming week? I just hope to hang out and relax this week. Stay warm and have fun everyone.  BTW: If you have not already entered my giveaway for Saving CeeCee Honeycutt --be sure to do so. Details HERE.