(3) Brief Reviews - The Only Woman in the Room; Marie Benedict - The Measure; Nikki Erlick and Summer Love; Nancy Thayer 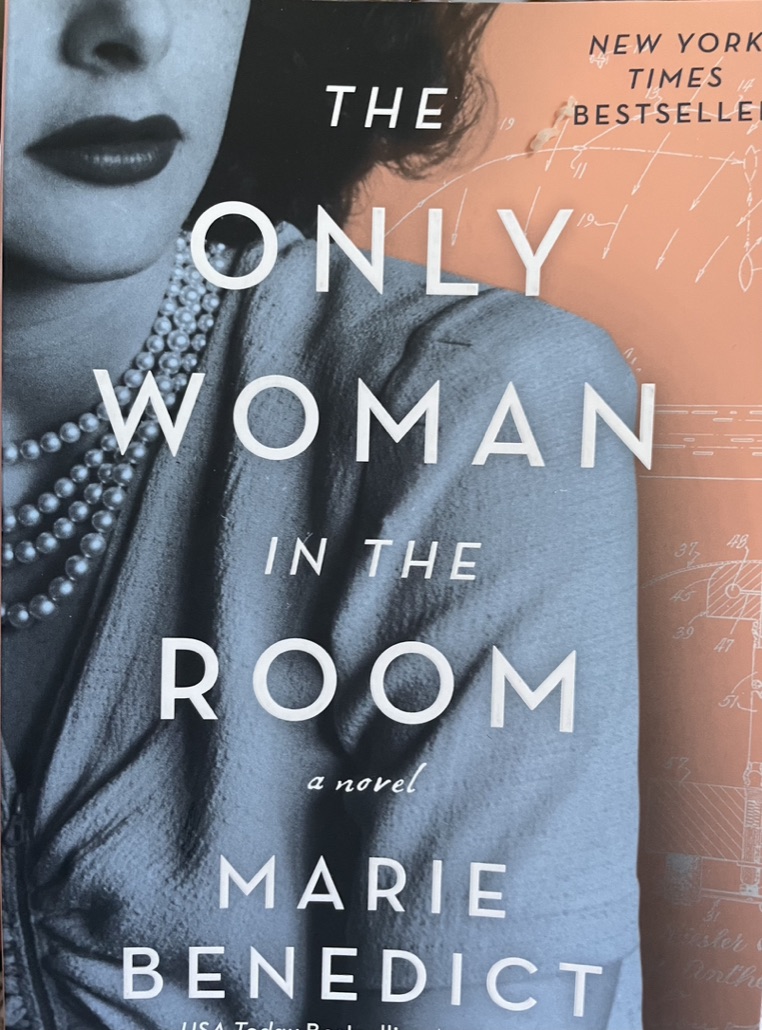 The Only Woman in the Room; Marie Benedict
(book group read - purchase)
SourceBooks - 2019
The Only Woman in the Room is fictionalized account of Austrian born icon Hedy (Kiesler) Lamarr a woman with both brain and beauty.   Born in 1914 to jewish parents, at 19 years of age she marries Fritz Mandl, a munitions mogul who was both controlling and violent.  In 1937 she finally is successful in escaping for London where she is discovered by Louis Mayer (MGM Studios) and gets her ticket to Hollywood.  Despite Hedy's brilliant scientific mind and her work on a torpedo guidance system, she never really got the recognition she deserved because she was female.
My book group met in July to discuss this book. Most everyone thought it was a light, easy read with it's short chapters and quick moving storyline but, we also all agreed that historical fiction, loosely based on true events should not be written in the first person.  I especially enjoyed the first half of the book about her marriage to Fritz Mandl and her relationship with her parents.  I thought the second half , about her years in Hollywood and her scientific work felt rushed and, I never got a sense of how her scientific brilliance came about.
Some of the historical details here were inaccurate which was troublesome. In this book she adopted a son but, in real life she actually had four of her own children.  The ending was also disappointing - I wanted more. as did most everyone in our group.
RATING - 3.5/5 stars
The Measure; Nikki Erlick
(Harper Audio - library loan)
(Julia Whalen narrator) - very good
The Measure was an audiobook I requested by chance from the library as it sounded different from what I would normally select.  It ended up being pretty good.
In this story (8) ordinary people all from different demographics find a mysterious box on the doorstop. The box contains a string -- some long strings and some short ones.  The length of the individual's string is to determine whether they can expect to live a long life or one that is cut short.  Soon more people, everyone adult over the age of 22 will receive the same box/string.  What does it all mean?
This is one of those stories that makes the reader wonder about what they would do in the same situation.  I thought it was interesting to see how different the individuals were and what they did with the information about a short versus long life.  The story was told through multiple POVs, each individual is struggling with life issues while trying to decide how to live out their lives.  A unique debut novel that seemed to have at least a bit of a political agenda but, it wasn't heavy or off-putting for me.. Overall, this was mostly a story about life, love and how we choose to spend our time here on earth.  Readers looking for something different might want to try this one. The audio, read by Julia Whalen was well done.
RATING - 4/5 stars 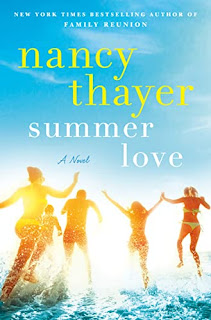 Summer Love; Nancy Thayer
Ballantine Books - 2022
(eGalley) - (20 Books of Summer list)
I always look forward to a Nancy Thayer summer release that returns readers to Nantucket Island.  Unfortunately, this book was lackluster and really disappointed me.
Ariel, Sheila, Nick and Wyatt spent a summer after college working on the island and became fast friends. At the time they crashed in the basement of a hotel that was being renovated.  Fast forward (26) years and Nick now owns the Lighthouse hotel on the island and invites the group to return over the summer. This time it's not just the friends but their children who are now in the 20s, the kids are the same ages the parents were when they first spent that summer there.  What has happened to this group over the last 20-something years?  How different will this summer be for them and their adult children or, will Nantucket work its magic?
The best thing about this book was the setting and all the little details that make this island setting work over and over again no matter who the author is.  The book itself seemed so rushed and unrealistic, I almost stopped reading midway.  The issues I had with the book were - the characters lacked substance and everyone seemed to fall in love instantly.  The word choices the author used were not the way young people speak today and much of what took place just felt cliche.  This is not what I've come to expect from Nancy Thayer - disappointing.
RATING - 2/5 stars (eGalley provided by publisher in exchange for my unbiased review.)
Posted by (Diane) Bibliophile By the Sea at 12:00 AM