It’s time for FRIDAY FINDS again! What great books did you hear about / find this past week? Share your FRIDAY FINDS! 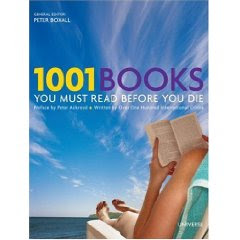 1001 Books You Must Read Before You Die;  Peter Boxall


(AMAZON)...For discerning bibliophiles and readers who enjoy unforgettable classic literature, 1001 Books You Must Read Before You Die is a trove of reviews covering a century of memorable writing. Each work of literature featured here is a seminal work key to understanding and appreciating the written word.The featured works have been handpicked by a team of international critics and literary luminaries, including Derek Attridge (world expert on James Joyce), Cedric Watts (renowned authority on Joseph Conrad and Graham Greene), Laura Marcus (noted Virginia Woolf expert), and David Mariott (poet and expert on African-American literature), among some twenty others.Addictive, browsable, knowledgeable—1001 Books You Must Read Before You Die will be a boon companion for anyone who loves good writing and an inspiration for anyone who is just beginning to discover a love of books. Each entry is accompanied by an authoritative yet opinionated critical essay describing the importance and influence of the work in question. Also included are publishing history and career details about the authors, as well as reproductions of period dust jackets and book designs. 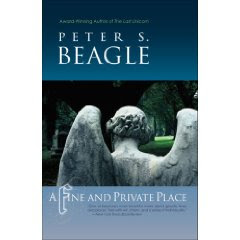 (AMAZON)...Conversing in a mausoleum with the dead, an eccentric recluse is tugged back into the world by a pair of ghostly lovers bearing an extraordinary gift--the final chance for his own happiness. When challenged by a faithless wife and aided by a talking raven, the lives of the living and the dead may be renewed by courage and passion, but only if not belatedly. Told with an elegiac wisdom, this delightful tale of magic and otherworldly love is a timeless work of fantasy imbued with hope and wonder. After multiple printings since 1960, this newest edition will contain the author's recent revisions and will stand as the definitive version of an ageless classic. 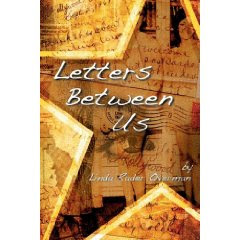 Letters Between Us; Linda Rader Overman

(AMAZON)...Letters Between Us is a powerful story of search for self, identity, of losing a friend and finding her in a deeper sense, and through her, making discoveries and gaining insights. Overman grips you with intimate, startling details so that you can't stop reading until you have reached the last page.
Nahid Rachlin, author, Persian Girls and Jumping Over Fire

Linda Overman's Letters Between Us is a clever, intricate, powerful novel, a tale of girls gone wild amidst the sex, drugs, rock 'n' roll of the Sixties and of the women they become. The story of Katharine and Laura-electrified with the possibilities of youth, grounded in the accommodations of adulthood, charged with the irony and tragedy-would be hard to forget even if simply told. But Overman is an artist, brave and skilled enough to put the pen in her characters' hands and let them write their own story of hope and disappointment, passion and desire. That makes Letters unforgettable. ( David Bradley, author, South Street and The Chaneysville Incident).

Cutting edge. A rarity. In an era of male "buddy" sagas, a story of a deeply tender relationship between two women-only one of which is a survivor-in a time and place hard to navigate: late 20th century America. Their strong voices, both tough and tender, gutsy and sweet, compel us to listen. Read this book.