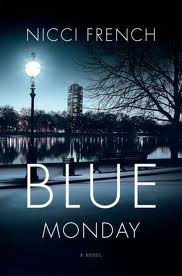 1987
"In this city there were many ghosts.  She had to take care.  She avoided the cracks between the paving stones, skipping and jumping, her feet in their scuffed lace-up shoes landing in  the blank spaces.  She was nimble at the hopscotch by now.  She had done it every day on the way to school and back ever since she could remember, first holding on to her mother's hand, dragging and jerking her as she leaped from one safe place to the next; then on her own.  Don't step on the cracks.  Or what?  She was probably too old for such a game now, already nine, and in a few weeks' time she would be ten, just before the summer holidays began.  She still played it, mostly out of habit but also nervous about what might happen if she stopped."
Would you keep on reading?