Coming Soon to a Book Store Near You - 3 NEW Thrillers

Winter is always a great time to cozy with an exciting thriller. Here are some new ones coming out next month from some favorite author. 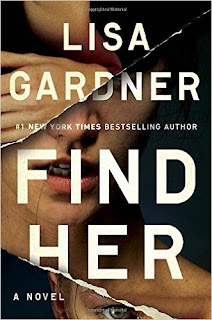 Flora Dane is a victim. Seven years ago, carefree college student Flora was kidnapped while on spring break. For 472 days, Flora learned just how much one person can endure.Flora Dane is a survivor.Miraculously alive after her ordeal, Flora has spent the past five years reacquainting herself with the rhythms of normal life, working with her FBI victim advocate, Samuel Keynes. She has a mother who’s never stopped loving her, a brother who is scared of the person she’s become, and a bedroom wall covered with photos of other girls who’ve never made it home.Flora Dane is reckless. . . . or is she? When Boston detective D. D. Warren is called to the scene of a crime—a dead man and the bound, naked woman who killed him—she learns that Flora has tangled with three other suspects since her return to society. Is Flora a victim or a vigilante? And with her firsthand knowledge of criminal behavior, could she hold the key to rescuing a missing college student whose abduction has rocked Boston? When Flora herself disappears, D.D. realizes a far more sinister predator is out there. One who’s determined that this time, Flora Dane will never escape. And now it is all up to D. D. Warren to find her. 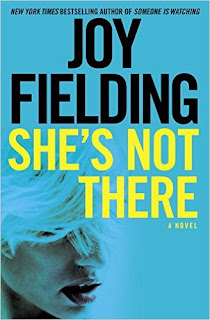 She's Not There; Joy Fielding
Ballantine - February 2016
(Description from Amazon)


A vanished child, a family in turmoil, and a fateful phone call that brings the torments of the past into the harrowing present . . . the New York Times bestselling author of Someone Is Watchingweaves these spellbinding elements into a gripping novel of psychological suspense—a must-read for fans of Laura Lippman and Mary Higgins Clark. “I think my real name is Samantha. I think I’m your daughter.” Caroline Shipley’s heart nearly stops when she hears those words from the voice on the other end of the phone. Instantly, she’s thrust fifteen years into the past, to a posh resort in Baja, Mexico—and the fateful night her world collapsed. The trip is supposed to be a celebration. Caroline’s husband, Hunter, convinces her to leave their two young daughters, Michelle and Samantha, alone in their hotel suite while the couple enjoys an anniversary dinner in the restaurant downstairs. But returning afterward, Caroline and Hunter make a horrifying discovery: Two-year-old Samantha has vanished without a trace. What follows are days, weeks, and years of anguish for Caroline. She’s tormented by media attention that has branded her a cold, incompetent mother, while she struggles to save her marriage. Caroline also has to deal with the demands of her needy elder daughter, Michelle, who is driven to cope in dangerous ways. Through it all, Caroline desperately clings to the hope that Samantha will someday be found—only to be stung again and again by cruel reality. Plunged back into the still-raw heartbreak of her daughter’s disappearance, and the suspicions and inconsistencies surrounding a case long gone cold, Caroline doesn’t know whom or what to believe. The only thing she can be sure of is that someone is fiercely determined to hide the truth of what happened to Samantha. 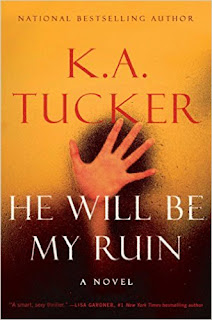 “A nail-biting thriller...clever twists and turns will keep readers in suspense, and just when they think they have figured out what happened to Celine, the story veers in another direction.”—Publishers WeeklyThe USA TODAY bestselling author of the Ten Tiny Breaths and Burying Water series makes her suspense debut with this sexy, heartpounding story of a young woman determined to find justice after her best friend’s death, a story pulsing with the “intense, hot, emotional” (Colleen Hoover) writing that exhilarates her legions of fans.A woman who almost had it all . . .On the surface, Celine Gonzalez had everything a twenty-eight-year-old woman could want: a one-bedroom apartment on Manhattan’s Lower East Side, a job that (mostly) paid the bills, and an acceptance letter to the prestigious Hollingsworth Institute of Art, where she would finally live out her dream of becoming an antiques appraiser for a major auction house. All she had worked so hard to achieve was finally within her reach. So why would she kill herself?A man who was supposed to be her salvation . . .Maggie Sparkes arrives in New York City to pack up what’s left of her best friend’s belongings after a suicide that has left everyone stunned. The police have deemed the evidence conclusive: Celine got into bed, downed a lethal cocktail of pills and vodka, and never woke up. But when Maggie discovers a scandalous photograph in a lock box hidden in Celine’s apartment, she begins asking questions. Questions about the man Celine fell in love with. The man she never told anyone about, not even Maggie. The man Celine believed would change her life.Until he became her ruin. On the hunt for evidence that will force the police to reopen the case, Maggie uncovers more than she bargained for about Celine’s private life—and inadvertently puts herself on the radar of a killer. A killer who will stop at nothing to keep his crimes undiscovered.
Posted by (Diane) Bibliophile By the Sea at 12:00 AM

Email ThisBlogThis!Share to TwitterShare to FacebookShare to Pinterest
Labels: Atria, Ballantine, Coming Soon to a Book Store Near You, Dutton