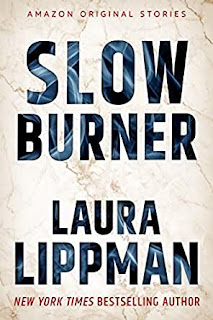 In this quick thriller Liz Kelsey and husband Phil have had their marital low points - Phil had been cheating on Liz but, that's all behind them now, or is it?

Liz doesn't want to snoop on her husband but, when she discovers that her has a secret burner phone she has to wonder why? It seems he has been carrying on with his mistress. The more Liz reads the more furious she becomes.  What is this spurned wife capable of?

I really enjoyed the surprise ending! 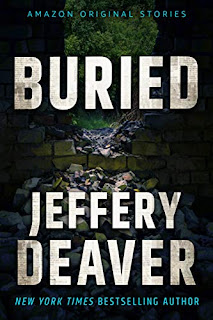 Book #4 of the Amazon Hush series - Edward "Fitz" Fitzhugh is an old school reporter, ready to retire when he decides that he is just too old to learn new technology. He is not interested in the digital age as his trusty reporter's notebook has served him just fine over the years. When he stumbles on a gem of a story, about a serial kidnapper, known as "The Gravedigger",  surfacing yet again, Fitz sees this as a his big chance to show his stuff. The kidnapper loves taunting police with clues as to where the victims can be found.

A satisfying short thriller with a great ending.