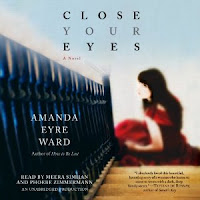 Back in 1986, when Lauren was only six and her brother Alex was eight, their mother was murdered as the children slept outdoors in their tree house. Their father was arrested and subsequently convicted of the murder.  The children were sent to live with their grandparents, but for the most part grew up in boarding schools.

Twenty-plus years later Lauren and Alex are grown, Alex is a doctor, and is in Iraq working with Doctors Without Boarders. Lauren is in real estate and lives with her boyfriend, believing marriage is not for her.  Lauren and Alex have different views on whether their father could have really murdered their mother. Lauren, has never contacted her father, believing he was guilty.  When Alex goes missing in Iraq, Lauren decides to spend time trying to find out what really happened on the night her mother was murdered.  Her investigation leads her to a person who can provide the information about what really happened on that awful night when she and her brother were so very young.

I like the way this novel started out and it was really holding my interest, even though the two female readers were a poor choice, in my opinion for this particular story.  Their voices, tone and expressions made them sound much younger than what was appropriate for this particular story.  The second problem I had with this novel was that, very abruptly a character by name of Sylvia takes over. Sylvia is looking for her friend Victoria when she was a young girl.  I listened and listened, and even ejected the cd to see it by chance the wrong cd was in the player.....nope, still the same book, but the story is not making much sense.  I decided to keep listening anyways to see where this was all going, and eventually the events of the past come to light. Unfortunately, by the time it begins to make sense, I sort of lost my enthusiasm for the story.  I have enjoyed this author in the past so I felt a little let down by this one.

Has anyone else read or listened to this book? What did you think?
Posted by (Diane) Bibliophile By the Sea at 8:06 PM