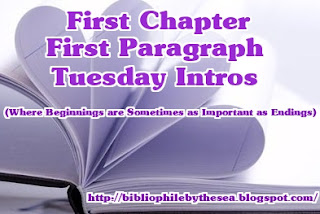 "HE WASN'T TALKING.  He was looking from the window of the car all the way.  Two adults in the front seat spoke quietly under their breath.  He could have listened if he wanted to, but he didn't.  For a while, at the section of the road where the river sometimes flooded, he could hear the spray of the water at the wheels. They entered the Fort and the car slipped silently past the post office building and the clock tower.  At this hour of the night there was barely any traffic in Colombo.  They drove out along Reclamation Road, passed St. Anthony's Church, and after that he saw the last of the food stalls, each lit with a single bulb.  Then they entered a vast open space that was the harbour, with only a string of lights in the distance along the pier.  He got out and stood by the warmth of the car."

What do you think? Would you continue reading?
(it is better than the intro paragraph IMO)
Posted by (Diane) Bibliophile By the Sea at 12:30 AM