Every Tuesday I host First Chapter First Paragraph Tuesday Intros, where I share the first paragraph or (a few) of a book I am reading or thinking about reading soon. Care to join us? Today's pick is a book that released in 2013. 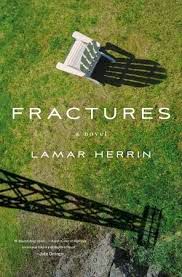 "On an April day in 1970, when most of his fellow architecture students were taking their spring break, Frank Joyner drew a Gillette razor blade across his left wrist with one express purpose in mind: he wanted to see if, when the blood appeared, he was willing to let it flow, or if, in fact, he wanted to live.  On hand he had a stack of gauze pads, an Ace bandage, a leather belt he'd tested on his forearm and then punched a new hole in that could serve as a tourniquet.  In an anatomy book he'd checked out of the library, he'd read that the veins running down his wrist would yield, if cut, a dark blood, which would only ooze out, and that gauze pressed down beneath the Ace bandage would be sufficient to stop it.  Flanking the veins and deeper set, were the radial and ulnar arteries, and these would yield a bright red blood in a pulsating flow, which would take a tourniquet, in addition to the gauze and bandage, to stop.  The arteries brought blood from the heart, oxygenated to that brighter red as it passed through the lungs; after its long, wearing trip through the body, the veins brought the blood back."
~~~~~~~~~~~~~~~~~~~~~~~~~~~~~~~~
What do you think? Would you keep reading?
Feel free to join us by linking your First Chapter post below.