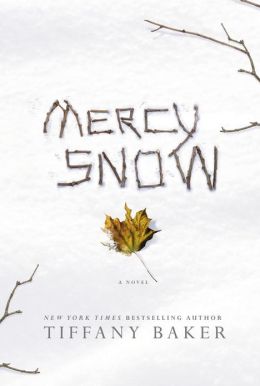 
In the mid-90’s in the tiny mill town of Titan Falls, New Hampshire, located on the banks of the polluted Androscoggin River, there were pretty much two kinds of people – “the haves and the have-nots.” The, “haves” were the McAllister family who had run town’s paper mill operation for several generations. Like many other mills, with tougher environmental regulations and higher operating costs in general, the mill is struggling to stay afloat.

The McAllister family consists of Cal, who runs the mill and frequently cheats on his wife, June, Smith College educated, somewhat unhappy with her life in Titan Falls and her husband Cal’s ’s indiscretions, June busies herself with her appearance, sewing groups, and protecting her son Nate and her family’s reputation.

The “have-nots” of this story are the Snows,  an orphaned set of siblings who have just come into town to park their run-down RV on a plot of land that has been in their family. There is some unsettling history with their ancestors who once resided there. Gert Snow was a woman who died under suspicious circumstances in the town. The siblings, Mercy Snow, older brother Zeke and smart as whip 9-year old sister Hannah are dirt-poor. With almost no money, Zeke even hunts for food while Mercy tries to find work tending the sheep of a townswoman named Hazel.

Hazel, who had been an orphan herself, gives Mercy a chance and sees that she is excellent with her flock. Hazel's husband Abel is in a coma and fighting for his life. Abel was driving a school bus that was driven off the road and killed a local girl. After the crash officials are quick to blame Zeke as the one who caused the accident. His feisty sister Mercy is driven to prove he was not to blame, but she has her job made tougher by June McAllister and her determination to send the Snow’s on their way.

This was a quick and enjoyable read for me. It’s part mystery and there were interesting revelations along the way that held my interest and kept me quickly turning the pages.  Except for son Nate, I thought that the McAllister’s were a despicable couple. I loved spunky little sister Hannah, and her love of books and reading, even if she did take the books from public libraries in various locales. Mercy Snow was a strong character who deserved to have the novel named after her. I cheered for her again and again.

The audio version is read by Christine Lakin who did a great job.

Although, I enjoyed Mercy Snow, the author’s debut novel, The Little Giant of Aberdeen County, still remains a favorite of mine.