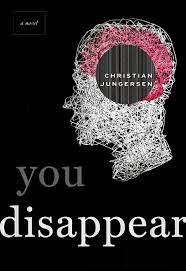 Mia, Frederik and Niklas Halling are a family. Frederik is the headmaster of a private school in Denmark, and Mia is a school teacher. Their son, Niklas is 17 years old.

While on vacation in Majorca, Spain, Frederik displays some unusual erratic behavior. Driving their rental car around winding unfamiliar roads at high speed, Mia screams for her husband to slow down, but he just keeps at it. During the same vacation he eventually falls from a wall and is hospitalized. Through a scan the doctor discovers that Frederik had a seizure which may have caused the fall, but it appears that a benign brain tumor is the reason for some of the crazy things that he has been doing.  One thing is certain, Mia's life and her marriage as she knew it most likely will never be the same.

Doctors discover that the tumor is located in an area that affects personality, sexual inhibitions and even smell. He's quick to anger, lacks empathy and makes inappropriate comments to his 17-year old son's female friends. The doctor believes the tumor may have been causing his weird personality/behavior issues for some time and is recommending surgery.

If that isn't bad enough, after Frederik's surgery, Mia learns that her husband stole lots of money (millions of crowns) from the school where he worked. Was he cognizant of what he did or was the tumor to blame?  Unable to cope with her husband's outlandish behavior, Mia joins a support group for others dealing with a brain-injured family member.  It is there she meets Bernard, an attorney who may be able to help her with Frederik's legal mess, as well as allegations that she might have been aware of the embezzlement. Regardless of the outcome, the scandal labels the family as outcasts, and even though the couple has separated, Niklas and Mia must deal with the consequences of Frederik's actions.
Mia narrates the story through flashbacks as well as after the discovery of the tumor. She reveals what life for her and her son, living with a brain damaged individual. The author has created a thought provoking story that made me stop to think about what I might do in her situation. At first Mia researched every article that was to be found on brain injury, but afterward at times she seemed uncaring and perhaps even an unreliable narrator.  I was puzzled and uncertain about this, but I couldn't fault her for the decisions she made either.  Great character development, infused with medical detail, at times seriousness and other times  humorous, You Disappear, would be a great selection for book clubs -- there is just so much to discuss.