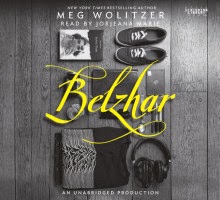 
Fifteen year old Jam Gallahue has not been able to bounce back from the death of her boyfriend, British exchange student Reeve Maxfield. Although the two only knew each other 41 days, Jam has been inconsolable. Her parents decide to send her to The Wooden Barn, a private boarding school for emotionally troubled teens in rural Vermont. It's part hospital and part school setting, and known for treating depression and other psychological issues.

At The Wooden Barn,  Jam is selected to be part of a special English class that studies the life and work of Sylvia Plath. A requirement of the class is that each of the five student in the class read Plath's novel, "The Bell Jar". In addition, they must do some journaling twice a week in an antique journal they are given. Through this assignment each individual is transported to a time in the past, a place they call "Belzhar, a word play on Plath's well known work, "The Bell Jar." It is through this assignment that each student begins to deal with their own personal situation that and the reason they ended up at The Wooden Barn.

I initially rolled my eyes when I thought about Jam becoming so unraveled emotionally over a boy she had known just over a month, but as I let myself suspend belief and go with the flow. I gradually began to enjoy the story. I liked how the teens bonded with one another as part of this exercise, by getting to the root of their personal traumas.  I do wish the characters were developed a bit more, and thought that the ending was wrapped up a bit too neatly.  Despite this I think readers, especially ones drawn to YA novels, will be happy they tried this one.