Coming Soon to a Bookstore Near You - (3) New Picks 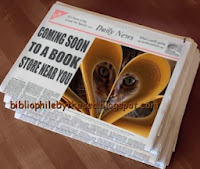 (3) new soon to be released titles that caught my eye. 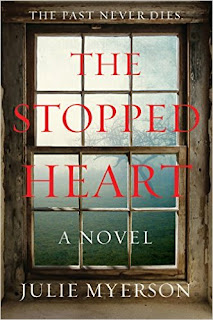 
Internationally bestselling author Julie Myerson’s beautifully written, yet deeply chilling, novel of psychological suspense explores the tragedies—past and present—haunting a picturesque country cottage.
Mary Coles and her husband, Graham, have just moved to a cottage on the edge of a small village. The house hasn’t been lived in for years, but they are drawn to its original features and surprisingly large garden, which stretches down into a beautiful apple orchard. It’s idyllic, remote, picturesque: exactly what they need to put the horror of the past behind them.

One hundred and fifty years earlier, a huge oak tree was felled in front of the cottage during a raging storm. Beneath it lies a young man with a shock of red hair, presumed dead—surely no one could survive such an accident. But the red-haired man is alive, and after a brief convalescence is taken in by the family living in the cottage and put to work in the fields. The children all love him, but the eldest daughter, Eliza, has her reservations. There’s something about the red-haired man that sits ill with her. A presence. An evil.

Back in the present, weeks after moving to the cottage and still drowning beneath the weight of insurmountable grief, Mary Coles starts to sense there’s something in the house. Children’s whispers, footsteps from above, half-caught glimpses of figures in the garden. A young man with a shock of red hair wandering through the orchard.

Has Mary’s grief turned to madness? Or have the events that took place so long ago finally come back to haunt her…? 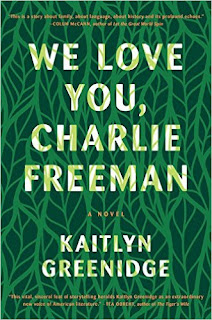 The Freeman family--Charles, Laurel, and their daughters, teenage Charlotte and nine-year-old Callie--have been invited to the Toneybee Institute in rural Massachusetts to participate in a research experiment. They will live in an apartment on campus with Charlie, a young chimp abandoned by his mother. The Freemans were selected for the experiment because they know sign language; they are supposed to teach it to Charlie and welcome him as a member of their family.

Isolated in their new, nearly all-white community not just by their race but by their strange living situation, the Freemans come undone. And when Charlotte discovers the truth about the Institute’s history of questionable studies, the secrets of the past begin to invade the present.

The power of this novel resides in Kaitlyn Greenidge’s undeniable storytelling talents. What appears to be a story of mothers and daughters, of sisterhood put to the test, of adolescent love and grown-up misconduct, and of history’s long reach, becomes a provocative and compelling exploration of America’s failure to find a language to talk about race. 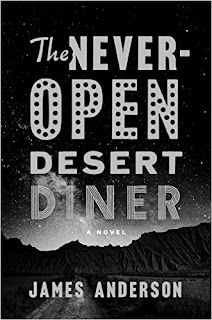 A singularly compelling debut novel, about a desert where people go to escape their past, and a truck driver who finds himself at risk when he falls in love with a mysterious woman.
Ben Jones lives a quiet, hardscrabble life, working as a trucker on Route 117, a little-travelled road in a remote region of the Utah desert which serves as a haven for fugitives and others looking to hide from the world. For many of the desert’s inhabitants, Ben's visits are their only contact with the outside world, and the only landmark worth noting is a once-famous roadside diner that hasn’t opened in years.

Ben’s routine is turned upside down when he stumbles across a beautiful woman named Claire playing a cello in an abandoned housing development. He can tell that she’s fleeing something in her past—a dark secret that pushed her to the end of the earth—but despite his better judgment he is inexorably drawn to her.

As Ben and Claire fall in love, specters from her past begin to resurface, with serious and life-threatening consequences not only for them both, but for others who have made this desert their sanctuary. Dangerous men come looking for her, and as they turn Route 117 upside down in their search, the long-buried secrets of those who’ve laid claim to this desert come to light, bringing Ben and the other locals into deadly conflict with Claire’s pursuers. Ultimately, the answers they all seek are connected to the desert’s greatest mystery—what really happened all those years ago at the never-open desert diner?

In this unforgettable story of love and loss, Ben learns the enduring truth that some violent crimes renew themselves across generations. At turns funny, heartbreaking and thrilling, The Never-Open Desert Diner powerfully evokes an unforgettable setting and introduces readers to a cast of characters who will linger long after the last page.
Posted by (Diane) Bibliophile By the Sea at 8:41 AM

Email ThisBlogThis!Share to TwitterShare to FacebookShare to Pinterest
Labels: Algonquin, Coming Soon to a Book Store Near You, Crown, Harper Perennial