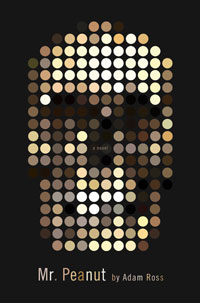 David Pepin is a computer game designer who fantasizes about the possible ways that his wife Alice might die.  He even has dreams about her death.  In his first dream, her death was caused by an act of God. They spent a nice day at the beach, then a storm moved in, and Alice is struck by lightening. In the dream, she "lights up" and "collapses into a pile of ash".

David claims to love his wife. However, he is even secretly writing a book about her death. They've been married 13 years, and while Alice has struggled with weight issues, having hit the 300lb mark on the scales, she had also lost huge amounts of weight and becomes thin. David admits to liking his wife better when she was morbidly obese as her personality was more pleasant, she seemed more even-keeled, and she had fewer bouts of depression.

So when Alice is found dead, David becomes the prime suspect.  Her death was caused by anaphylactic shock, and a peanut to which she was severely allergic, was found lodged in her throat. What happened?

Well, this is where things get a bit complicated. Two NYPD detectives are assigned to investigate Alice's murder. Both of these men have had their own marriage issues. In fact homicide detective Sam Sheppard was tried for the beating death of his own wife years earlier, and Ward Hastroll, the other detective, has a wife at home who has voluntarily taken to her bed for the last five months. Nothing Ward says or does seems to change the way things are at home.  Then there is an odd PI named Mobius that David hires to find Alice when she goes missing. Though Mobius is clearly peculiar, for some reason, David feels comfortable sharing his fantasies about his wife's death.  It was at about this point that I became to pay closer attention, suspecting a possible gimmick to trick the reader.

Without giving away anything, I'll just say that this mystery was not at all like what I had expected.  It is really a story about three marriages, not one, and it is told from strictly males points of view.  All three men had marriages which were in some way disappointing to them, and yet each had failed recognize the issues their wives were dealing with.  Sheppard was a womanizer, Hastroll's wife felt invisible to her husband, and David and Alice stopped talking after Alice suffered a devastating miscarriage.

There are lots of things going on in Mr. Peanut

, and the reader needs to pay careful attention or risks getting lost in the somewhat unusual storyline. Fortunately, the writing is terrific in this debut novel; it kept me guessing and wondering, but this book did test my patience at times and took longer than anticipated to finish. The author has a great imagination, and in the end I was happy I finished the book. I would be interested to see what new offerings Adam Ross has in the future.

RECOMMENDED - 4/5 stars (Library Book)
Posted by (Diane) Bibliophile By the Sea at 8:04 PM