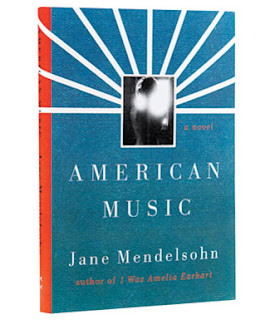 Has anyone read American Music

by Jane Mendelsohn? It sounds really good but have not seen anyone blog about it (that I can recall).
About the Book---
From the author of I Was Amelia Earhart, a luminous love story that winds through several generations—told in Jane Mendelsohn’s distinctive mesmerizing style.

At its center are Milo, a severely wounded veteran of the Iraq War confined to a rehabilitation hospital, and Honor, his physical therapist, a former dancer. When Honor touches Milo’s destroyed back, mysterious images from the past appear to each of them, puzzling her and shaking him to the core.

As Milo’s treatment progresses, the images begin to weave together into an intricate, mysterious tapestry of stories. There are Joe and Pearl, a husband and wife in the 1930s whose marriage is tested by Pearl’s bewitching artistic cousin, Vivian. There is the heartrending story of a woman photographer in the 1960s and the shocking theft of her life’s work. The picaresque life of a woman who has a child too young and finds herself always on the move from job to job and man to man. And the story of a man and a woman in seventeenth-century Turkey—a eunuch and a sultan’s concubine—whose forbidden love is captured in music. The stories converge in a symphonic crescendo that reveals the far-flung origins of America’s endlessly romantic soul and exposes the source of Honor and Milo’s own love.

A beautiful mystery and a meditation on love—its power and its limitations—American Music is a brilliantly original novel.
Then this one just caught me eye, after I was discussing Shutter Island 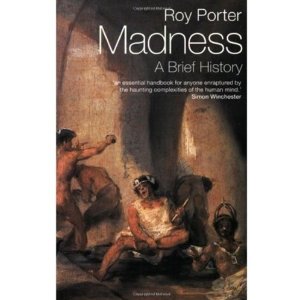 Medical historian Porter authoritatively traces how Western culture has explained and treated insanity. Holes bored in 7,000-year-old skulls indicate the earliest assessment of madness as spirit-possession. The ancient Greeks and medieval and Renaissance philosophers influenced by them replaced possession with irrationality as the cause of madness and exorcists with physicians as its curers. The Enlightenment stressed folly as the mark of madness; romanticism reacted by considering genius akin to madness. Asylums arose to secure the insane for their own good, and newly emergent psychiatry developed several ostensibly successful asylum strategies. As asylums became overloaded with incurables, however, disillusionment induced underfunding. Freud and his spawn came to psychiatry's rescue, but madness persists despite a century of psychoanalysis and of listening increasingly to what the insane say about their conditions. New drugs quash symptoms but have undesirable side effects, including dependency. Meanwhile, the medical profession is divided about the legitimacy of psychiatry. 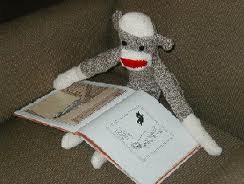 I've finished (3) books since last weekend, but no reviews yet ---don't you hate that part sometimes? To me, sometimes it even takes the fun out of enjoying the book. Here's what I read and enjoyed  (each very different from one another).
Hopefully, this weekend, I'll catch up a bit as I do have some rough drafts.  Hope you are having a good week.
Posted by (Diane) Bibliophile By the Sea at 9:36 PM