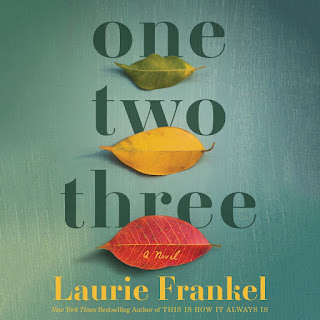 ONE SENTENCE SUMMARY:  A  big-hearted story about siblings and small town life after a chemical spill changes everything.

BRIEF REVIEW:   Bourne, is a very tiny town where everyone knows everyone. Seventeen years earlier Bourne made national news when the water turned green and was found contaminated. Belsum, the factory in town had been leaking chemicals into the water there.  The residents that are left have suffered the lasting effects, many have died from cancer as a result of the contamination and poisoning. Now the same company is back in town promising new jobs, which the town desperately needs,  and claiming they have changed their ways.

Nora Mitchell was pregnant at the time and is now a widow.  In addition to motherhood, she's an activist and her focus has been on gathering evidence for a class action lawsuit on behalf of those who have suffered. Nora gave birth to triplets just after the disaster and two of them have likely been affected as a result of the contamination. The story is told from the perspective of each pf the triplets in the present day at age sixteen.

Mab (One) is the "normal" triplet who feels the guilt of being born unscathed.  Monday (Two) is a lover of books, known as the town librarian and her quirky nature lead me to believe that she is likely on the autism spectrum.  Mirabel (Three) has been noticeably, physically affected by the spill and even speaks through a specialized device.

The story is told through (3) distinct voices of the triplets.  We learn the unique story of Bourne, its residents past and present and the consequences of what the people living in Bourne have experienced.  What could have been a rather depressing story was told in a way that never felt that way. If you enjoy quirky, unforgettable character driven stories  complete with even a rather tidy ending, this may be just the kind of story for you.  A story of friendship, siblings, resilience, acceptance and moving forward. I enjoyed the story but, did think it was a bit too long. The audio was good and easy to follow but, I also had the eGalley which worked well for a great combo read.

RATING:  4/5
Audio download and eGalley sent to me in exchange for my unbiased review courtesy of Macmillan Audio, Henry Holt & Co and NetGalley.
Posted by (Diane) Bibliophile By the Sea at 8:23 AM