198 - Alice I Have Been; Melanie Benjamin 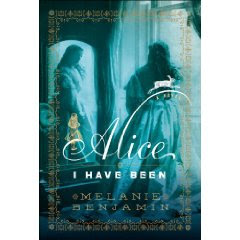 Alice I Have Been; Melanie Benjamin

For Alice Liddell Hargreaves (AKA Alice in Wonderland) life has been an amazing journey, but as she approaches her eighty-first birthday, and looks back on her life, she realizes to most people, she is known only as "Alice".

When Alice was young, her father was friends with Charles Dodgson (AKA Lewis Carroll) a professor who loved photography. Much of his work and interest seemed to focus on young Alice. In fact, much of what was described, involving the two of them, seemed a bit creepy and inappropriate. Alice's mother, a stern and cold woman, became so concerned about Dodgson's relationship with Alice, that things between them came to an abrupt end. Why and what really occurred is never revealed.

Told in the first person by the now elderly Alice, the story covers her childhood, young adulthood, and later years.  The narrative is vivid and never contrived. The author does a beautiful job of capturing the voice of Alice throughout the various stages of her life.

MY THOUGHTS - If you love good literary fiction, or stories set in Victorian England this book is for you. A terrific character study and fictional account of what life was probably like for Alice. I'll be looking for more novels by this talented author. RECOMMENDED.

(Sent to me by the Publisher)

Posted by (Diane) Bibliophile By the Sea at 9:24 PM