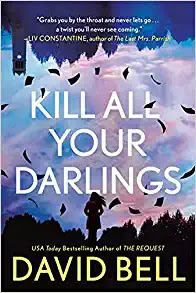 ONE SENTENCE SUMMARY:  When a struggling college professor decides to use a stolen manuscript as his own, he gets far more than he bargained for.

BRIEF REVIEW:  Professor Connor Nye teaches creative writing and has his tenure on the line unless he gets busy and gets published.  The problem is he is in a bad state after the death of his wife and son in a tragic accident.  When one of his writing students goes missing and is presumed dead he decides to pass her work off as his own and the book is quite successful.  Thinking he can relax a bit and no longer have to worry about tenure, his plagiarism comes back to haunt him in ways he never anticipated.  Not only is he being blackmailed but, the police are also interested in him as the storyline in the book he passed off as his own has similarities to a murder case of a local girl two years earlier.  Is there a connection and if not, who is the real killer?

This is a story that held my interest and kept me wondering. I liked the college setting and the issues typical in academia. I also thought the characters were well written with a few I liked and felt for and a few that were easy to dislike as well.  I though the multiple POVs worked well as well as the insights into what had happened in the past. This story is similar in some ways to a book I read earlier this year and also enjoyed called: The Plot by Jean Hanff-Korelitz in which a writer feels pressured by his publisher to write and steals "the plot" for his book from someone else.

Thanks go to NetGalley and Berkley Publishers for allowing me access to this book in exchange for my unbiased review. 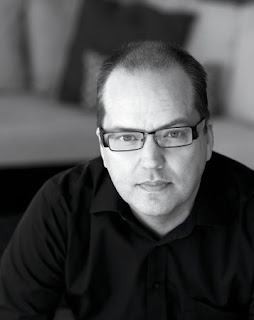 David Bell is a USA Today bestselling, award-winning author whose work has been translated into multiple foreign languages. He’s currently an associate professor of English at Western Kentucky University in Bowling Green, Kentucky, where he directs the MFA program. He received an MA in creative writing from Miami University in Oxford, Ohio, and a PhD in American literature and creative writing from the University of Cincinnati. His previous novels include The Request, Layover, Somebody’s Daughter, Bring Her Home, Since She Went Away, The Forgotten Girl, Never Come Back, The Hiding Place, and Cemetery Girl.