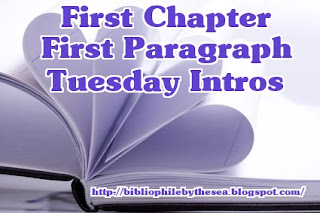 Every Tuesday, I'll be posting the opening paragraph (maybe two) of a book I chose to read based on the opening paragraph (s).  This week's intro is from something light and hopefully fun. The book is a (2nd) in a mystery series (but it isn't necessary to read book # 1 - Too Big To Miss, first.  This one was a FREE Kindle selection last week, and a friend raved about it. 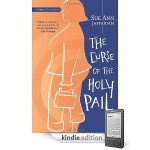 The Curse of the Holy Pail; Sue Jaffarian

" By the age of forty-seven, I had technically broken nine of the Ten Commandments--although I'm still a bit fuzzy about the whole 'graven image' thing. For example, when I was eleven, on a dare, I stole several candy bars from a drugstore. And in high school, telling the fifth-period gym class that Sally Kipman was a lesbian would definitely be categorized as bearing false witness.  But in my defense, it was only after she told everyone I was fat because I was pregnant.

Still, I always thought I would make it to heaven with the sixth commandment intact; that going through life without killing another human being would be a piece of cake.

And it all started with my birthday."

What do you think, does this sound like a light and fun mystery?

Want to join in?  Just grab the image, and share the first paragraph (s) of your current book.
Posted by (Diane) Bibliophile By the Sea at 9:12 PM