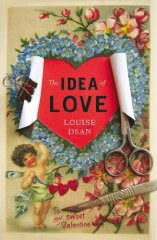 The Idea of Love

When a cluster of expatriate families converges on Provence, it seems as if sunshine, good wine, and an endless round of parties will make for a better life. Then Richard, a pharmaceutical salesman married to sexy Valérie, lands a plum assignment: introducing antidepressants into Africa, virgin territory for the drug industry and for the womanizing he has honed to a science. And idealistic Rachel finds herself Africa-bound too, in search of a little brother or sister for her daughter, Maud, and following some deeper longing she can?t seem to quell.

For both Richard and Rachel, the excursions will lead them into their own private heart of darkness, and will bring shock waves home to their little Eden, unsettling the very idea of love.

(While this isn't the type of book I would normally read, but the cover was so great, and the story line just seems like a fun read to me.) 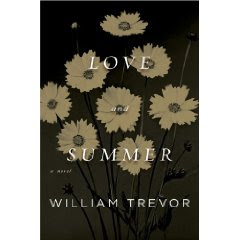 Love and Summer: A Novel

The inimitable William Trevor returns with a story of suspicion, guilt, forbidden love and the possibility of starting over. It’s summer, and nothing much is happening in Rathmoye. So it doesn’t go unnoticed when a dark-haired stranger begins photographing the mourners at Mrs. Connulty’s funeral. Florian Kilderry couldn’t know that the Connultys were said to own half the town. But Miss Connulty resolves to keep an eye on Florian … and she becomes a witness to the ensuing events. In a characteristically masterful way, Trevor evokes the passions and frustrations in an Irish town during one long summer.

Posted by (Diane) Bibliophile By the Sea at 9:29 AM